The cover of satirical weekly of Charlie Hebdo 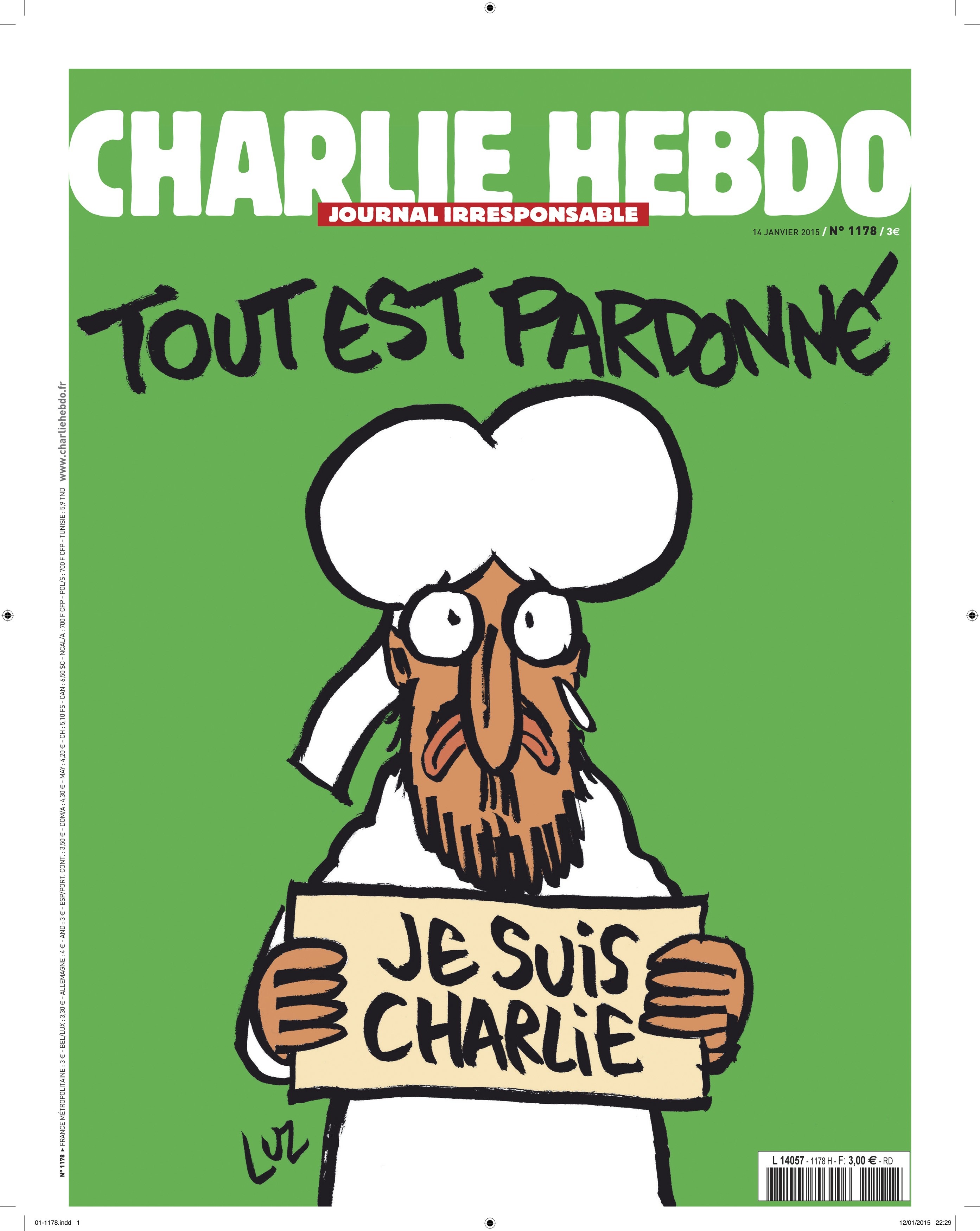 ATTENTION EDITORS – THIS PICTURE MAY OFFEND SOME PEOPLE

The cover of satirical weekly of Charlie Hebdo is seen in this handout image released January 11, 2015. Charlie Hebdo will publish the front page showing a caricature of the Prophet Mohammad holding a sign saying “Je suis Charlie” in its first edition since Islamist gunmen attacked the satirical newspaper. With demand surging for the edition due on Wednesday, the weekly planned to print up to 3 million copies and in sixteen languages, dwarfing its usual run of 60,000, after newsagents reported that large numbers of customers around the country were placing orders. REUTERS/Charlie Hebdo/Handout via Reuters (FRANCE – Tags: CRIME LAW MEDIA CIVIL UNREST TPX IMAGES OF THE DAY) ATTENTION EDITORS – THIS PICTURE WAS PROVIDED BY A THIRD PARTY. FOR EDITORIAL USE ONLY. NOT FOR SALE FOR MARKETING OR ADVERTISING CAMPAIGNS. NO SALES. NO ARCHIVES. THIS PICTURE IS DISTRIBUTED EXACTLY AS RECEIVED BY REUTERS, AS A SERVICE TO CLIENTS. TEMPLATE OUT

The cover of satirical weekly of Charlie Hebdo