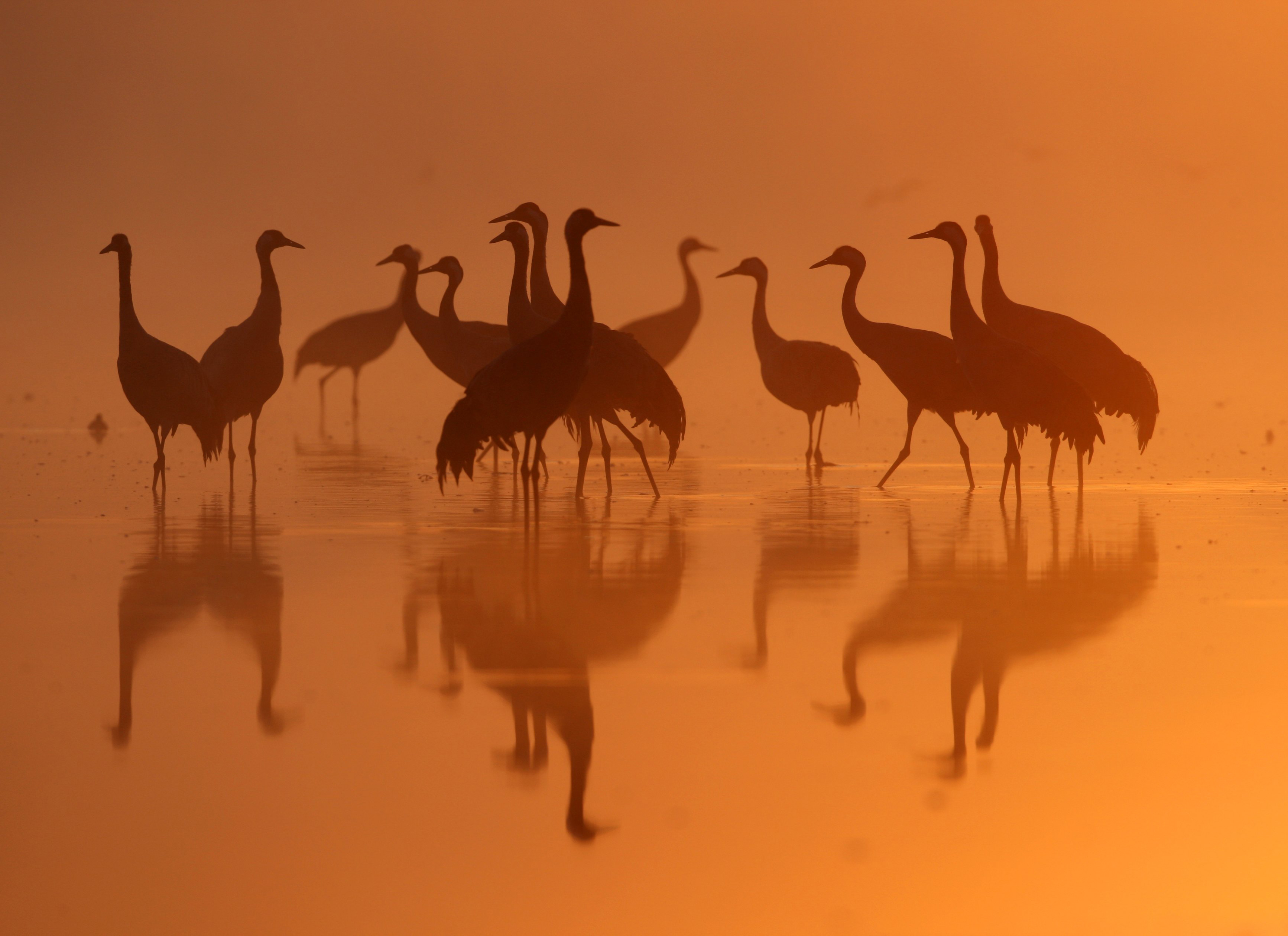 REFILE – CORRECTING SPELLING OF BIRD BREED
A group of Common Cranes gather in dawn light, on their night-roost on a lake in the German state of Brandenburg, close to Berlin September 26, 2009. From September to November tens of thousands of Cranes use the rural area close to the German Capital for a stopover during their migration from Scandinavia and Eastern Europe to their wintering quarters in Spain. The agricultural plains surrounding Berlin are among the biggest Crane roosts in entire Europe with several tens of thousands birds gathering during the peak of migration between September and November. Picture taken September 26, 2009. REUTERS/Thomas Krumenacker (REUTERS ANIMALS IMAGES OF THE DAY)