In the first of a series of blogs, Jamie Byng, Managing Director of the independent publisher Canongate Books, offers some insights into why he´s

I can't believe I have agreed to this.  I even said to my commissioning editor Thomas that I was going to regret agreeing to this before I had...

I can’t believe I have agreed to this.  I even said to my commissioning editor Thomas that I was going to regret agreeing to this before I had agreed.  And he did what all commissioning editors do – sweet-talked me with silver-tongue, flattered me into thinking I had something to say – „The whole team of «Zeitung zur Buchmesse» is thrilled about your participation, and I am convinced that your blog is going to be a highlight of each of the paper’s issues“.  For chrissake!!  On what grounds?  On a good day I’m no writer.  On a bad day I have difficulty reading, let alone stringing 500 words together.  Or 3000 keys as I have been asked to calculate my output.  Already the mind boggles!

The shoe is normally on the other foot and so in future I might be a little more considerate before asking people to write something that we can publish.  I once persuaded Margaret Atwood to take part in a series in which we invited writers to retell myths in any way they felt inspired.  She agreed because „I jumped out at her from behind a gorse-bush early one morning in Edinburgh, verbally accosted her with the idea and before she was armed with caffeine“.  Or that’s how she likes to tell it!   My memory of events is somewhat different but who cares…two years later Peggy delivered her witty and brilliant book The Penelopiad and it was launched at the Frankfurt Book fair and by 32 publishers simultaneously.  It was one of those commissions that worked.  But then she is a great writer.

So why did I agree to do this?  As the prospect filled me with increasing amounts of dread, I asked myself this a few times and never really came up with a satisfactory answer.  It certainly wasn’t for the money.  It is true that I was flattered by Thomas‘ entreaties and for a moment kidded myself that I could offer some witty and original insights into what it is like being part of this all-consuming vortex that spits you out the other side, spent and beyond words, a pale shadow of your former self.  And then there was the obvious opportunity to promote books Canongate is publishing or trying sell rights in.  Settling the odd score and spreading some salacious gossip also held some appeal (and still does).  Only 500 words a day?  Pah.  This will be a cake walk.

But as the reality sank in, I realised that this whole thing was a really bad idea.  Not least because every day I need to file copy by 9pm which is when I should be relaxing and drinking with friends after a day of yakking and being yakked at.  Will I write it in the morning (as I am currently doing) and file early?  Not only do I have no idea what I’m going to write, I’m not sure I even know what I am going to write it on.  Paper?  Laptop? iPhone?  Can I dictate it to someone?  AA Gill still files his copy this way and if it’s good enough for him, surely it would work for me? 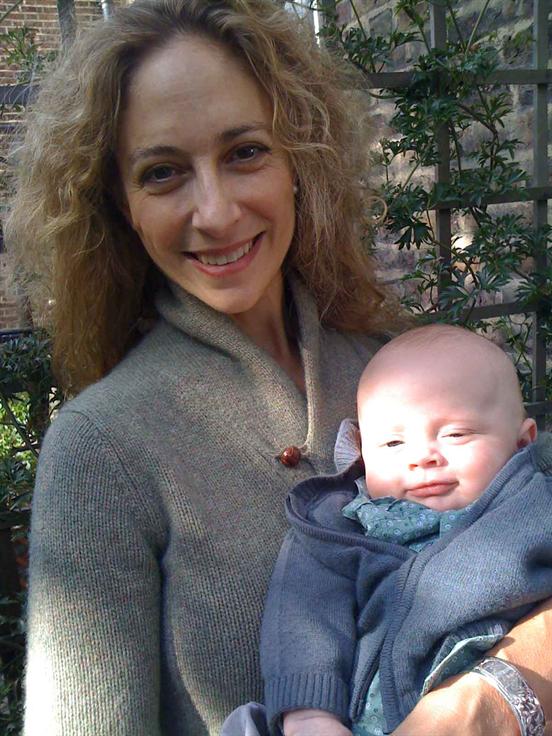 And then I realised why deepdown I had agreed to do this.  This year will be my 15th Frankfurt.  I turned 40 in June at which point I decided to stop smoking.  Less than a month later my third child, Nathaniel, was born.  And my dear wife Elizabeth is not here with me (as she usually is).  And I could see this Frankfurt going two very different ways:  the hedonistic, sleep deprived, exhausting (and exhilarating route that I have a bad habit of going down.  Or the more civilised, equally enjoyable, more constructive and mellow path that I rarely take, certainly never at Frankfurt (it’s a pun not lost on many that we go to the Buchmesse each day).

Writing this blog should help provide a rod for my weak back.

In tomorrow’s blog you’ll learn whether Jamie managed to stay on the straight and narrow or whether Miguel and Lee and Clare and Halfdan and Lisa and Olivia succeeded in foiling his desire to behave.