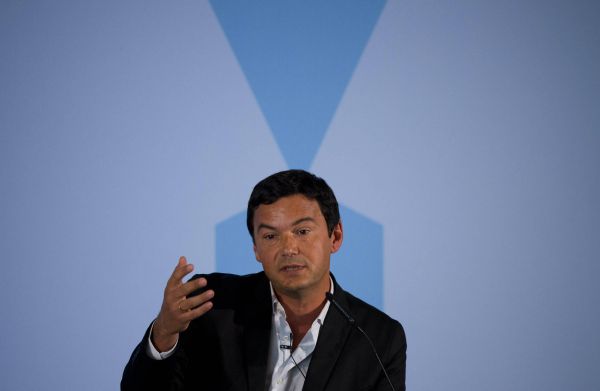 (FILES) A picture taken on November 7, 2014 shows French economist Thomas Piketty addressing guests during a discussion at the German economy ministry in Berlin. Piketty, whose bestselling and highly controversial book “Capital in the Twenty-First Century” sparked a political debate about the widening gap between rich and poor, made the AFP shortlist for the most influential people of 2014. AFP PHOTO / JOHN MACDOUGALL