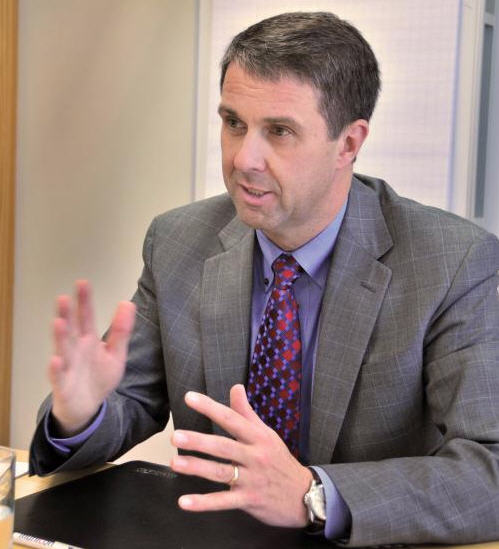 Robbie Bach, President Entertainment & Devices Division of Microsoft, about the competition with Apple and Google in the mobile market, the effect of the price cut for the Xbox 360, a blu-ray-player and the Zune not being found in Europe yet. The interview was conducted by Holger Schmidt and Johannes Winkelhage.

Microsoft has spend hundreds millions of dollars on the development of Windows Mobile in the past years. Now newbie Apple came with the iPhone and passed by in terms of market share. What went wrong?

Robbie Bach: I don’t think that anything went wrong. We entered the market, when it still went through a lot of growing pains. But: People are right when they say that we have invested before the smartphone market was ready.

Microsoft was ahead of the times?

Robbie Bach: What we try in the smartphone market is complicated. There have been many technical challenges with 3G-networks, chipsets, memory and heat. But we now see that the opportunity is as big as we thought it was …

… And Apple outpaced Microsoft, gained a marked share of 17.3 percent in the market for smartphone operating systems. Microsoft has 13.6 percent.

Robbie Bach: For better or worse: Apples timing was good. They came in when the smartphone market really grew dramatically.

And Apple concentrated on the consumer market instead to focus only on business customers. Will Mocrosoft go the same way?

Robbie Bach: We will see more and more applications that are interesting for the consumer market. Here we talk about handling pictures or music. Up to now we concentrated on syncing e-mails or calendars with exchange

To make matters worse Google entered the market with the Android operating system. Will that change the market?

Robbie Bach: I’m not sure whether it has by itself a dramatic shift to either the industry or the Microsoft business model. There are two kinds of competitors in the market. First there are end to end integrated vertical systems like Apple or Rim with the Blackberry. On the other hand there are Nokia with Symbian and Google with Android. Those are two very different business models. We compete with both of them since a long time.

Right. But now both of them are for free und Microsoft is the only vendor left that charges for his operating system.

Robbie Bach: We have competing with the free Linux for five years. That is not new. What you find is: nothing is really for free. When you get a free operating system you have to do all the work to integrate the system with your hardware. There is a bunch of work that has to be done and that costs a lot of money. We do that for you. These value propositions are not those dramatically different. Android is another competitor. I recognize that. But it is not like a new dynamic in the market.

So Microsoft will continue to ask for licence fees for Windows Mobile?

Robbie Bach: Yes, sure. This continues to be our business model.

There are speculations about Windows Mobile 7 to look like the user interface of the iPhone. Could you comment on that?

Robbie Bach: There is nothing officially announced.

Fell free to do that now! Don’t hesitate!

Robbie Bach: That would take all the fun away. But seriously: We are working to get a great experience when I use my Windows phone with a Windows PC.

By the way Windows PC: We remember announcements about the Microsoft Homeserver or Windows Media Edition. How far has Microsoft made it on its way from the working room into the living room?

Robbie Bach: Things are moving forward and we see a good and steady process to deliver the idea of the connected home. This is what we expected. This is an powerful idea but it will take about 3 to 5 years for that idea to really come together. We don’t have an IT-director in every home that helps us make it happen. But people are connecting their home. They are upgrading all screens PC and TV. 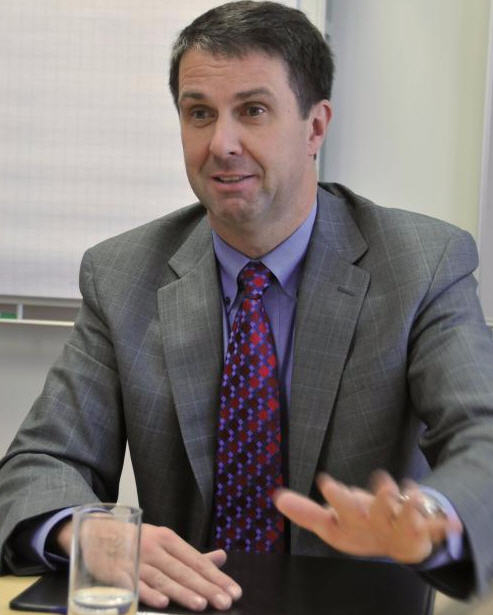 At the Games Convention in Leipzig, we asked the poeple from Sony if they expect a further price reduction for the Microsoft Xbox 360. They said “no” – it doesn’t make any sense. What are the reasons for the price cut?

Robbie Bach: Well, this is something we had planned in the business model for quite some time. The way we think about pricing is a combination of two factors. One is: How fast can we reduce the cost of goods and the hardware and two: How fastcan we increase the demand at certain price points. We launched a year earlier than Sony. Our costs are lower. This gives us an advantage.  We are now down on a price point where see that the mass adoption is starting to take place. In the last generation about 80 percent of sales happen below 199 dollars or 179 euros. We now have an entry level for Xbox Arcade at that price point. And we see the results in the market place: Our volume is up dramaticly, in Germany we passed PS3, our market share in most European countries almost doubled since the price cut. We had similar results in the US where we are outselling Sony almost 2:1 now. And with the economy struggling a little bit, people become more price sensitive.

Do you expect a price cut from Sony for the holiday season?

Robbie Bach: I know from the mathematics that it is hard for them because of there cost structure. If you look at the performance of Sony Corporation, it is a tough time for them to decide on that. But we’ll see. 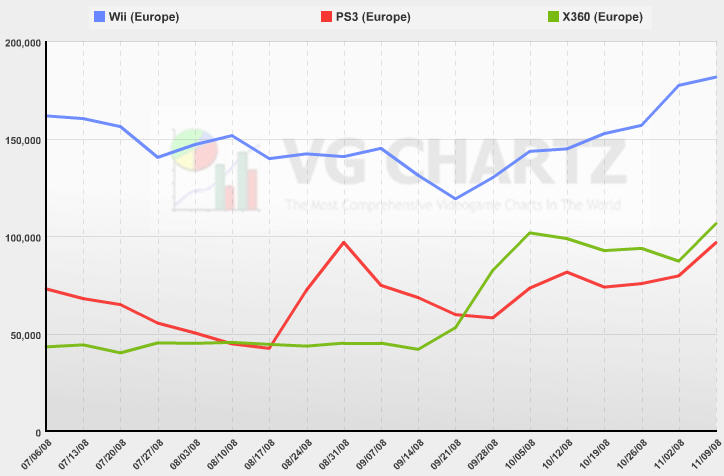 Do you earn money with a Xbox Arcade at that price point?

Robbie Bach: We don’t really break that down. Sometimes we earn a little bit money with the hardware, sometimes we are loosing a little bit money with the hardware. Over time our business model is neutral. The place where you make the money are the games. Out game attach is highest in history at that stage of the life cycle. The business is profitable and we see that continuing.

New Xbox experience will start at November 19th. Which new features will be available?

Robbie Bach: Almost everything we have talked about will be available. The only thing which will come a little later will be Primetime, which will come in the spring. Experience is a tremendous opportunity to open up the environment of Xbox to more people. It is a big chance for the console.

Do you plan to integrate a blu-ray-player in the Xbox?

Robbie Bach: No, we have no plans with blu-ray. For a lot of different reasons: It’s expensive. The customers don’t want to pay more for the drive. And we don’t actually get any benefits for the games. I can’t tell my game publishers you can produce now on a blu ray disc. They can’t – because that disc has to run on 22 million Xboxes that has shipped without a blu ray disc. And the final thing: We have a great way to deliver high definition content to the people – it is called Xbox Live.

Where is Zune in Europe?

Yes, but will you introduce Zune in Europe?

Robbie Bach: That is still something we are evaluating. But it is not trivial to customize market places for each country and we have to relicense all the music for every country. And in the final you have to launch the brand. But the question is: Where is the music business is going? Because sales of music players are declining – in Europe and the US. This business is moving to the phone.

We can’t let you go without the question: Do you buy Yahoo?

Robbie Bach: Thankfully, I can’t answer that question because it is not my business.

But Microsoft has to buy Yahoo to close the gap to Google in the online advertising business?

Robbie Bach: We don’t have to do anything.