KABUL(PAN): The killing of Osama bin Laden had vindicated Kabul’s oft-repeated stance that the Al Qaeda chief was not hiding in Afghanistan, President Hamid Karzai said on Monday. „We have said time and again that Al Qaeda sanctuaries do not exist in Afghanistan; its hideouts are located elsewhere. And the killing of Osama bin Laden has proved that our claim was right,“ Karzai said in a speech. Addressing a gathering of district council members, he hoped Osama’s death would put an end to terrorism. Al Qaeda followers should know what they were doing was bringing bad name to Islam, he added. „Our elders, youth, children and women are real Muslims, but they are being killed by Al Qaeda fighters,“ he said, asking the Taliban to learn a lesson from the operation in Abbottabad city of Pakistan’s northwestern Khyber Pakhtunkhwa province. While urging the fighters to join the peace process, the president said: „You should stop killing your brothers and training children for suicide attack.“  Karzai described Osama’s killing by US forces as important news, asking the Taliban to learn a lesson from it and cease fighting. NATO commanders were told many times that Al Qaeda’s hideouts were not in Afghanistan, Karzai said, regretting they did not heed their views. The Afghans were fully behind the International Security Assistance Force in the war on terror, the president said. But they should not be the victim of the campaign, he stressed. „We have never complained that our police and soldiers are killed, but we did protest civilian deaths and sought their protection and security,“ he continued, explaining Afghans deserved peace as much as the people of London and America. He once again told NATO-led soldiers to take the war on terror to regions with militant sanctuaries and training centres. In this regard, Afghanistan would help the international community, he promised. 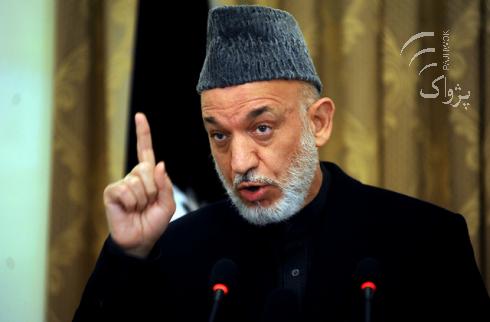