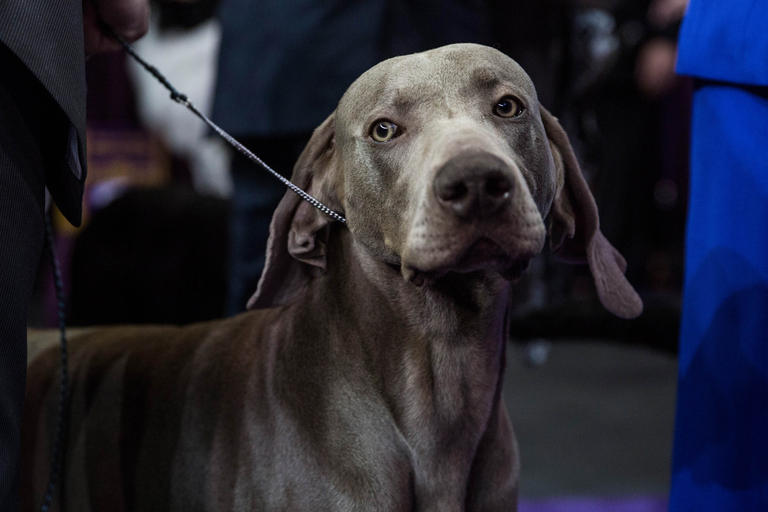 NEW YORK, NY – FEBRUARY 11: A Weimaraner waits to compete in the Westminster Dog Show on February 11, 2014 in New York City. The annual dog show has been showcasing the best dogs from around world for the last two days in New York. Andrew Burton/Getty Images/AFP
== FOR NEWSPAPERS, INTERNET, TELCOS & TELEVISION USE ONLY ==