Germany is being criticized for its trade surplus. Let’s not forget: Deficits are more hazardous than surpluses.

Now that Greece is on the edge of default and many people are thinking about a fresh start for Greece, Germany is oddly again being criticized for its trade surplus. Ok, we know that Paul Krugman will probably never stop. But now, there is a new wave of criticism from inside Germany. In German language blog posts, Jens Berger and Hans-Christian Müller made the same point after the EU commission had published its “Alert Mechanism Report” and scolded the deficit countries, but not the surplus country Germany. 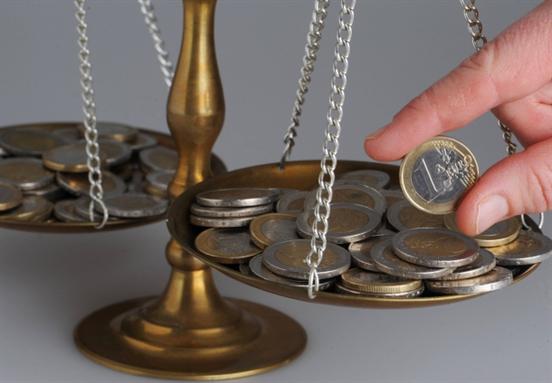 discussion is important, but please let us agree on one basic fact: Trade deficits are more dangerous than surpluses. Deficits cause debt, and we know that debt causes crises. On the other hand, nobody has ever heard of a country getting problems only because it has huge claims. And while it is true that deficits and surpluses have to sum up to zero, the problems associated with imbalances (picture: dpa) always stem from large deficits, while large surpluses are harmless by themselves.

You don’t believe me? Have a look at these examples. For the ease of the calculation, I assume the countries to be of equal GDP.  But the basic situation doesn’t change when GDPs differ.

This situation is potentially dangerous:

… while this situation is completely harmless:

The same thing is true for the adjustments: It is absolutely sure that diminishing the deficit of Greece will help Greece. On the other hand, it is unlikely that diminishing the surplus of Germany will be of much help to Greece. Germany’s exports might just be replaced by exports from the Netherlands or France.

There is no way around it: Greece needs to become more competitive. This will mean that some trade balances worsen. If Germany’s surplus decreases, then so be it. But this is not the main aim to strive for. In this case, the EU commission is absolutely right.