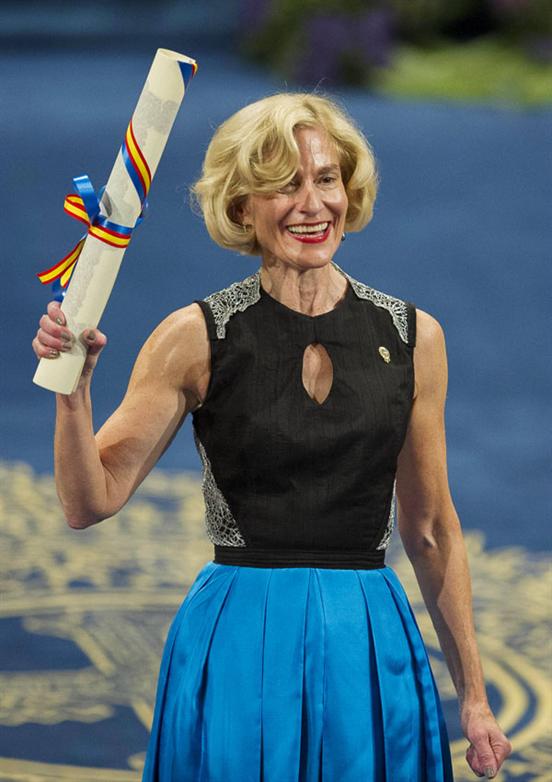 fortunately, we live in a world in which economics has enormous prestige, and philosophy (along with the humanities more generally) has relatively low prestige. Government commissions dealing with development issues typically ask the advice of economists, not philosophers. Even in our Human Development and Capability Association, this preference for economists has created difficulty in the selection of plenary speakers and of presidents of the Association. At a three-day international conference celebrating Amartya Sen’s 75th birthday, held in New Delhi, philosophy was given no role at all on the program, all of which was filled by economists and policy experts. (I did inject philosophy, having been invited to comment as part of the concluding panel, but I was invited because of my collaboration with Sen, not because of my disciplinary expertise, and nobody even suggested that I ought to speak about philosophy.)  I find that even in this conference, there is a panel devoted to “Justice and Development: The Contribution of Economics,” but no panel devoted to “The Contribution of Philosophy.”  So let me now describe what I take to be the urgent importance of philosophy’s contribution

First, Justice. Philosophers of the past century have made dramatic progress in thinking about social justice, and describing its necessary conditions. This work needs to be added to the focus on capabilities, if the approach is to have the power to do more than merely provide a space of comparison. Through my own extended dialogue with John Rawls, I have tried to move the capabilities approach into that space. At present we need to go further, developing adequate theories of global justice and the obligations of richer to poorer nations. This work is ongoing in philosophy, and development needs to incorporate it

Second, Welfare and Non-Commensurability. I find that most accounts of social welfare still lean too heavily on the Benthamite tradition of utilitarianism, failing to take cognizance of Mill’s subtle critique and therefore of the salience of plural and non-commensurable goods.  This philosophical insight is already in Aristotle, and it is quite comical, really, that economists do not feel the need to grapple with it. Equally problematic is the tendency of many economists to follow Bentham in equating welfare with happiness and happiness with a single sensation, varying only in quantity and not quality. Aristotle already showed that human happiness or flourishing is itself plural, and yet few economists are even aware of his arguments. I would add that one of the great merits of the Wolff/De-Shalit book is its rigorous and excellent treatment of the issue of non-commensurability – and it is no accident that they are both philosophers. Most of the psychological research on happiness that economists use today is naïve and superficial for its failure to think through these issues. (See my “Who is the Happy Warrior? Philosophy Poses Questions to Psychology,” in Law and Happiness, ed. Eric A. Posner and Cass R. Sunstein)

Third, Political Liberalism. In 1986, John Rawls advanced powerful arguments for framing political principles in a way that shows equal respect to citizens who hold a wide range of religious and non-religious “comprehensive doctrines.” His insight was that, just as the establishment of a single religion is incompatible with equal respect for persons, so too with comprehensive views of life more generally. So if we want political principles that express our equal respect for one another, they must be framed in such as way as to be both narrow (not covering all matters in human life, such as the ultimate destiny or meaning of life), and thin (prescinding from controversial metaphysical and epistemological doctrines. His view was that political principles can and indeed must have a moral content – thus they are not “morally neutral” – but that content has to be such as to be potentially, and over time, the object of an “overlapping consensus” among people who hold a wide range of reasonable comprehensive doctrines. I believe this insight to be extremely important, and I long endorsed it – but I soon found that economists and other development thinkers completely ignore it, basing their accounts of welfare on some particular comprehensive doctrine. So, I found that I would have to write about the urgent importance of this idea, and the reasons why development theory and development policy should embrace it – as I did in Philosophy and Public Affairs, winter 2011, in the process trying to clear up some obscurities in the way Rawls himself articulated that view.  And yet, you guessed it: this philosophical contribution, published in a philosophy journal, is almost totally ignored by development practitioners, even those espousing the Human Development Approach.

Fourth, and a related issue: philosophy offers us rich and persuasive arguments concerning Relativism and Universalism, an issue of central relevance to development policy, and yet one with respect to which economists tend to be quite naïve. Much of the work I did with Sen at WIDER focused on this question, calling on major philosophers such as Hilary Putnam, Seyla Benhabib, Charles Taylor, and Tim Scanlon to present the arguments on these matters clearly for an economics/policy audience.  Has it done any good?  Well, the arguments go forward in a very subtle way within philosophy, and in those contributions to the development literature that are by philosophers.  But there is a lot to be wished for, and I find that I need to repeat myself more often than I would like, concerning how I would answer charges of cultural imperialism.

Fifth, The Nature of Emotion and Desire. This is of course a large group of issues, concerning which philosophy has long developed subtle accounts, while economics tends to use a narrower and cruder set of concepts (although recently behavioral economics has been improving things). (See my “Flawed Foundations: The Philosophical Critique of (a particular type of) Economics“). One aspect of philosophy’s contribution can be seen in the important concept of “adaptive preferences,” which I discussed earlier. Understanding that preferences are adaptive in this way gives us powerful normative arguments against a simple preference-based approach to welfare.

But there are many other issues. Here is just one, from my current work.

A nation that supports human capabilities and is minimally just in the sense described by my theory has accepted ambitious goals, many of which require redistribution of wealth and income for their attainment. Since the time of Rousseau, it has been recognized that such a nation therefore needs to cultivate emotions in its citizens to bind them to one another and convince them to accept and indeed to embrace sacrifices of personal self-interest. This was a major theme in the work of Mazzini, of Auguste Comte, of John Stuart Mill, and of John Rawls. It has not been an exclusively Western issue: in India, Rabindranath Tagore addressed in in a way that has lasting value. Both Tagore and Mill – similar in philosophical instinct, albeit distant in geography – felt that the public cultivation of emotion must take place inside a culture that is truly liberal, protecting ample space for critique, dissent, and variety – and they wrestled effectively with that question.

Recently, the topic has fallen out of philosophy, and my new book, Political Emotions (to be published by Harvard in 2013, bern.) brings it back. I argue that a nation that supports human capabilities requires the cultivation of many emotions for its sustenance and stability: fellow-feeling, compassion for human vulnerability, the diminution of envy and disgust, and a range of emotions connected to reconciliation and forgiveness. And I argue (and show through a wide range of historical materials) that this commitment to the cultivation of emotion can be embraced in a way that is compatible with a thoroughgoing commitment to liberal freedom – if one thinks well and cleverly! (My historical paradigms – all true liberals but all masters of the cultivation of public sentiment – are, on the U.S. side, Abraham Lincoln, Franklin Delano Roosevelt, and Martin Luther King, Jr., and, on the side of India, Mahatma Gandhi, Jawaharlal Nehru, and B. R. Ambedkar. That should give you a hint of the nature of my philosophical proposals.) It is no news to say that economists do not address such questions – questions without addressing which any developing or developed nation, however committed to human development, is dangerously fragile.

Other philosophers would emphasize still other issues, so this list is meant as an introduction, not an exhaustive enumeration.  Economics used to make room for such questions – in the time of Adam Smith. Today, however, it largely ignores all of them, and the accounts of development that are produced without the participation of philosophy leave a lot to be desired.

Our photo (AP) shows Martha Nussbaum holding the prestigious “Prince of Asturias” prize she was presented by Spain’s Crown Prince Felipe in October 2012.