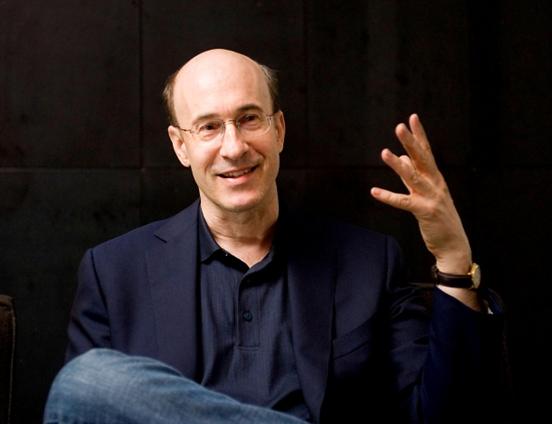 A popular theme with the world commentariat is that Germany needs to become a stronger locomotive for European and world growth. With a current account surplus over 7% of GDP, it is exporting too much and saving too little, all to the detriment of its neighbors, or so the story goes. Its workers are too competitive and its government too frugal. There is, of course, a grain of truth in these complaints, but they are still way overblown.

German frugality has been a subject of contention in global macro-debates for much of the past six decades. During the Bretton Woods era of fixed exchange rates, when many countries such as the United Kingdom were forced to periodically devalue their exchange rates against the dollar, Germany occasionally had to revalue its exchange rate upwards. In the late 1970s, US authorities put heavy pressure on Germany and Japan to become locomotives of world demand by engaging in massive fiscal stimulus. During the 1992 European Monetary System crisis, when the first attempt to achieve a single currency collapsed, some commentators seemed to be blaming German stability for the instability of other currencies. And during this past year, the US Treasury once again criticized Germany for being unwilling to help Europe and the world with a larger fiscal stimulus.

To its credit, the IMF staff did produce studies indicating that a big German fiscal stimulus would not really be all that much of a help for the countries on the periphery of Europe. The external effects of a German stimulus would mainly affect the US, Asia, and central Europe (where the German supply chain is centered). The periphery just doesn’t export enough to Germany to make a decisive difference.

The IMF staff’s sound logic did not stop ultra-Keynesians from insisting that a forceful German expenditure hike would work miracles for the periphery economies, while costing Germany almost nothing. The Germans, they said, were foolish to worry about public debt, unfunded pension liabilities, and the hidden future costs likely to be incurred by bailing out banks and periphery governments. Thin on logic, the ultra-Keynesians resorted to unscrupulous smear tactics against anyone who dared suggest that governments should seek a long-term strategy to extricate themselves from soaring debts in the aftermath of the financial crisis. Debt hardly matters, they insisted.

The fact that the ultra-Keynesians have hugely overstated their case (consider their unqualified predictions of doom for the now booming UK) doesn’t mean German policy has always been right. Germany might certainly do well to engage in structural reforms to make its economy stronger and more competitive. In a country with a strong employment market, the case for increased infrastructure investment is not quite as compelling as in the United States. Still, with the German government able to borrow at extraordinarily low interest rates, the cost–benefit return on infrastructure investment is persuasive, especially in the face of the deficiencies identified by the European Commission in areas like power generation and broadband.

Germany could also do more to strengthen its education system, for example by enhancing competition within the German university system and increasing investment in education at all levels. Private investment could also be encouraged by greater deregulation in the service and retail sectors.

Ironically, these positive developments would do nothing to silence complaints about German thrift, since in the long run they would only make Germany even more competitive. Together, however, they might help reduce Germany’s current account surplus.

Unfortunately, even a sharp rise in German investment would do little to help the periphery countries, which are still mired in debt. Dozens of studies show that the problem of private, public, and external debt overhang still hampers growth out there on the margins and – from a broader perspective – interferes with investment in the Eurozone. True, governments have benefited enormously from a sharp fall in interest rates courtesy of the forceful actions undertaken by European Central Bank head Mario Draghi. But small and medium-size businesses still have a hard time persuading banks to lend them money.

I have long argued that even if northern European arm-twisting might conceivably get periphery countries to pay back their debts by imposing severe austerity programs, this would be a mistake. By far the better approach would be a sharp debt-level writedown, perhaps by forcing private creditors to extend maturities as a condition for official financial aid. Whatever the northern countries lost in repayments, they would get back in the long term from a healthier, more productive Eurozone.

Surely a debt writedown for the periphery countries would be a far more helpful approach than a giant spendthrift German stimulus program. Those who see stimulus as the panacea for all woes need to take a closer look at France, a country with many remarkable strengths that are offset by a grotesquely bloated government sector. If France were to undertake structural reforms like those instituted by Germany a decade ago or Sweden two decades ago, the Eurozone would benefit enormously. Aside from the direct spillover effects, Germany would be more confident about having a genuine partner able to pull its weight in the leadership of the Eurozone.

Yes, Germany should have been quicker to assume a truly generous attitude to the periphery countries, finding creative ways to bring down debt burdens and helping to foster structural reforms. But the idea that Germany can save the day by transforming itself into a giant spending locomotive is sadly mistaken.

Kenneth Rogoff is a Professor of Economics at Harvard University. This op-ed is based on a lecture which Prof. Rogoff will be holding in Berlin at the XI. Ludwig-Erhard-Lecture of the Initiative Neue Soziale Marktwirtschaft (INSM) on the 25th of June.