By Ludger Schuknecht, chief economist of the German Federal Ministry of Finance. 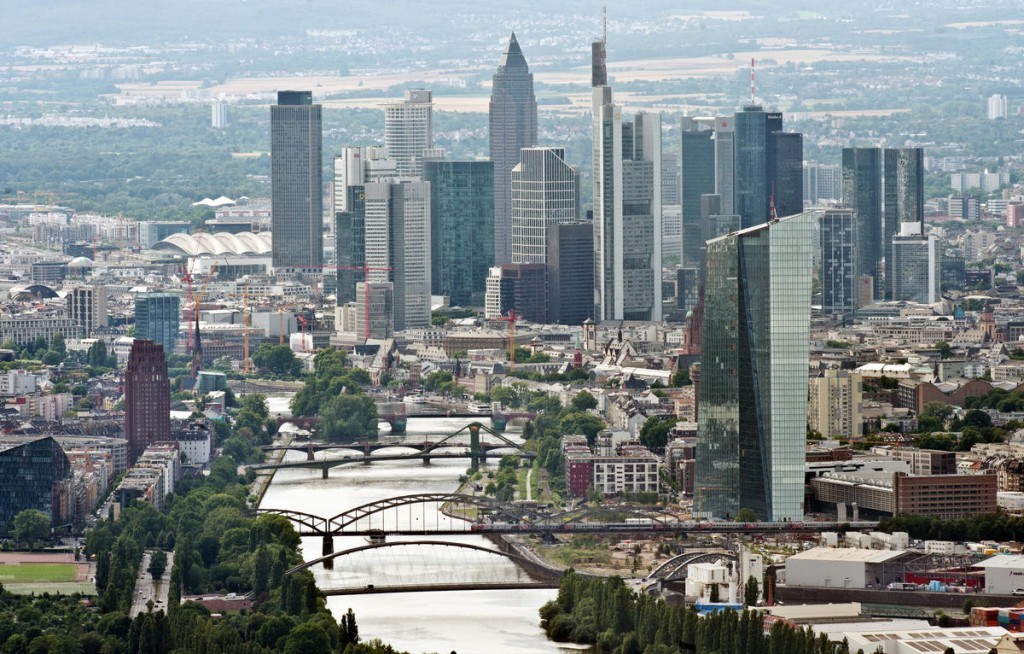 The European Commission’s latest centralisation project for the eurozone is called the European deposit insurance scheme. Dubbed „EDIS“ in Eurospeak, it is intended to complete the European banking union and enhance stability in Europe through greater solidarity. The Commission plans to finance from a common fund a progressively increasing share of all investor claims arising from bank insolvencies, until all risks are mutualised in 2024. By doing this, the Commission argues, a „level playing field“ for banks would be created, the risk of a bank run would be reduced and the costs of a bank failure would be distributed more widely. Central banks would not have to jump in with emergency liquidity assistance quite as quickly as they had to last year when Greece suffered deposit outflows. And the ECB would be under less pressure to use support measures for banks to maintain monetary policy transmission (in other words, the transmission of interest-rate changes via banks to the real economy). The risk of central bank losses would also be reduced as a result. These are in themselves strong arguments.

But when you take a closer look, serious disadvantages become apparent that significantly outweigh the advantages.

There are no convincing answers to a number of important questions, such as: Is this new European insurance product even necessary? How would the incentives for governments, markets and banks change? Would more solidarity in this respect really lead to more stability in Europe? Is the proposal compatible with the foundations of the market economy and the subsidiarity principle in Europe? And what would it mean for the economic and political future of Europe?

First of all, calls for even more insurance in Europe are not really convincing. In recent years, an impressive framework of solidarity systems and safety nets have been created for the benefit of eurozone members. Incidentally, these are in addition to the annual EU budget of 150 billion Euro, which supports low-income member states with transfers of up to 5 percent of economic output per year. The most important of the new institutions is the permanent rescue fund, the ESM, which has a lending facility of 500 billion Euro and protects countries from sovereign defaults – in return for reforms.

There is also a 55 billion Euro funding framework for bank resolution, which will be mutualised over time. We also have new bail-in rules that are intended to minimise the liability of governments and taxpayers. Even if there are still plenty of bad loans lurking on the balance sheets of Europe’s banks, systems have been set up to deal with toxic assets and new risks.

Moreover, with its interest rate policies and asset purchase programmes, the ECB has reduced financing costs for weak states and financial institutions, with the result that one can hardly speak of competitive disadvantages. And the risk of bank runs is today far lower than it was before the crisis, due to the many measures that have been taken to strengthen banks’ balance sheets.

The real risk with regard to bank deposits and bank runs is therefore not the absence of EDIS but the creation of the wrong incentives. National-level politicians could suspend their insolvency regimes and asset seizure rules without being punished, even if this would mean it was not possible to hold defaulting debtors accountable, which in turn escalates the banks’ problems. Similarly national fiscal, tax and lending policies can increase risks and weaken banks. It’s no coincidence that investors fled from Greece when, in the first half of 2015, the government undermined the banking system which had been newly recapitalised with 40 billion Euro (20 percent of GDP). EDIS would mean that other countries would soon be liable for the consequences of misguided domestic policies, without those countries being able to influence such behaviour.

There is another wrong incentive that is perhaps even more important. EDIS could lessen the pressure to further reduce existing bank risks – after all, European funds would be there to help out in the event of a new crisis. Banks and national supervisors, which (despite the new Frankfurt-based single supervisor) will always remain important because of their proximity to the financial institutions, would also have fewer incentives to avoid inappropriate risks. We can see that from experiences in other countries such as the United States. EDIS would therefore mean less, not more, stability in the countries of Europe, if the costs of domestic toxic legacy assets and of bank, supervisory and political mistakes can be dumped onto others.

One could raise the objection that no public-sector risks exist, because EDIS will be funded with private-sector contributions. But that is not convincing. After all, what happens when the common fund is empty? A discussion about a common public backstop – in other words, collective liability among countries – is inevitable. The same demand is already on the table in relation to the single bank resolution fund. And these liability risks come on top of the existing risks and high debt levels across the whole of Europe.

However, the initiative for a European deposit insurance scheme also has a deeper dimension, which shakes the very foundations of the market economy and the subsidiarity principle in Europe. The Commission wants to introduce a new levy for the banking sector, ignoring the existing guarantee systems in certain countries and forcibly creating indirect liability risks across national borders. This represents a massive intervention in property rights and freedom of contract, which doesn’t exactly enhance expectations about legal certainty and protection of property in Germany and Europe.

In addition, when such a far-reaching proposal as EDIS is concerned, one would expect that the approval of all countries and changes to the European treaties would be required. Instead, the proposed legal basis for EDIS is Article 114 of the Treaty on European Union, which deals with the implementation of the internal market and for which only a qualified majority of countries is necessary for financial market issues.

It seems somewhat far-fetched to claim that EDIS is connected to the internal market. But it is equally significant that this legal basis allows individual countries to be outvoted, making it possible to force through supposed or actual unilateral burden-sharing. With the implementation of the Commission’s proposal under the pretext of the internal market, the door would be opened for further centralisation and mutualisation in Europe whenever a connection to the internal market can be established, however tenuous. This is yet another sign of how little the subsidiarity principle is taken seriously.

Another key point is that this is not primarily a question of Germany’s interests. Rather, it’s about having proper rules from the European perspective. If one considers that as a result of EDIS, Portuguese or Slovak contributions would have to be used in the event of losses in Germany, the political risks arising from the mutualisation of liability also become clear. Euroskepticism and fear of centralisation would be further strengthened. This is not only problematic for the eurozone but also for other countries such as the United Kingdom, where such prospects could increase the danger of a Brexit.

Hence the proposal for a European deposit insurance scheme is not just about solidarity with regard to certain financial risks, even if we accept the incorrect incentives and rising stability risks. At heart, it is also about the future of Europe’s economic and political model. Is all this really in Europe’s interests? I believe that insurance should make us feel more secure, not less. A far better solution would be reforms that create better incentives and reduce risks.