Lord Wolfson has asked how the Monetary Union could be dissolved – offering £250,000 for the best idea. On January 1st, Frankfurter Allgemeine’s Sunday paper made a proposal. Starting today, the jury is evaluating the proposals, so we are publishing our commentary in English. 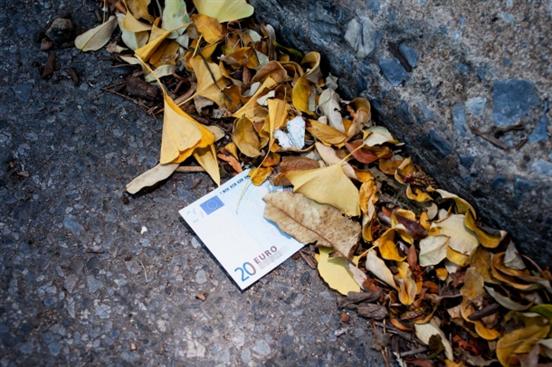 One thing is clear: the exit must happen suddenly. If the population knew in advance that the Greeks were going to return to the drachma they would immediately withdraw their money from the Greek banks and bring it to Germany. This would be a problem for banks in both countries. Therefore the exit needs to happen on a long weekend, for example, from Good Friday to Easter Monday.

Thus far, there is no dissolution clause in the EU treaties. But this can be changed. There is the so-called “Simplified Revision Procedure”: It allows governments to change the rules of the treaties but it does not require prior consent from all the parliaments. Under this procedure the European Council would first introduce an exit clause for the monetary union, then the affected countries can announce their exit.

Any other method is not advisable.  We feel the EU treaties should be respected as much as possible. Otherwise, the exit will become even more expensive than it already is. The experience of the 1948 German currency reform shows that after such an extensive monetary reform, many people take legal action. And if the judges see no legal basis for the Euro exit, states will face billions in compensation claims.

All EU countries must agree to amend the treaty. Therefore, an exit of Germany would be difficult. It would be easier to find an agreement for the withdrawal of the periphery states – or to legislate for the complete abolition of the Euro. Greece alone should not leave the Euro; this would be too risky. No one would believe that the monetary union would endure. In Italy, Portugal and other peripheral countries panic might start immediately if the population there become worried about their Euro cash holdings and bank deposits. Therefore, a new, credible monetary system has to be created instead of the old Euro – for example, a “North Euro”.

After the dissolution of the Euro has been announced, the EU will have to restrict the movement of capital for a short time. Cross-border payments would be frozen until the accounts have been converted and the currency markets have found new exchange rates. This would not be a long process.

The biggest practical problem will be how to deal with the existing cash. EU citizens will try to transfer as many Euro banknotes from the peripheral states into the strong countries in order to access a safe haven. In order to prevent this, travelers should be banned from carrying large amounts of cash across borders. This will be inconvenient for travellers, but is unavoidable. There will be long queues at borders because customs officers will have to search all persons and suitcases for cash.

Border controls should remain in force until German cash can be distinguished from Greek cash. For this, new banknotes are required.

There should be a short deadline for people who want to exchange their banknotes, much shorter than when the Euro was introduced: a maximum of three weeks. People who still have old Euros left after this date will be required to prove where they obtained the money if they want to exchange it. Nevertheless, the deadline should not be extended. After the exchange period has ended, border controls can be removed.

Germany will need new banknotes, too, even if the country keeps the Euro. Otherwise, the Greeks will hoard their notes and bring them to Germany after the border controls are lifted. If only Greece leaves the currency area, this is still manageable – but not if several countries exit the Euro. Then the rest of the Eurozone will need new notes.

The old vending machines will not work for some time because they will not recognize the new banknotes. This is not insurmountable because larger sums are now largely paid by credit or debit card. Converting the debit card and bank accounts, on the other hand, is quite simple. Unlike the introduction of the Euro there is no need to account for two currencies at the same time. Not even the amounts will need to be converted, because each country can start its new currency with an exchange rate of 1:1.

The organizational issues can be thus resolved. But that is the lesser problem. Greater difficulties arise from the fact that the exchange rates between the new currencies will not remain at parity. If money is to flow freely between the EU member states, exchange rates need to be flexible. It is difficult to predict how exchange rates will evolve. But one thing is clear: no matter who drops out of the Euro – the German currency will appreciate after the break-up whilst the Greek currency will be heavily devalued.

This will lead to enormous changes. The exit will bring big profits for some people, severe losses for others. The distribution of losses depends primarily on one decision: into what currency will international loans, deposits and contracts be converted. A group of experts will need to prepare detailed rules before the exit, based on one simple, clear premise: the new currency of contracts, loans and deposits should be determined by their jurisdiction, which is usually stated in the relevant contract or agreement.

Since these contracts are not public, it is impossible to determine the distribution of profits and losses before the break-up. But some trends are already clear. Many German companies and banks will lose money. For they have often taken their loans in Germany, so they will  have to repay their debts in hard currency. On the other hand, part of their property – in subsidiaries or government bonds – is invested in the peripheral countries and will be devalued.

Not only German companies are affected. Many companies in the EU raise their loans through a central financing subsidiary, which is often based in the Netherlands – and the Dutch currency is likely to appreciate after the break-up. These loans will therefore need to be repaid in hard currency too.

This makes the conversion easier for creditors, thus ultimately for most EU citizens – because their money is often invested through investment funds and insurance companies. They will bear relatively minor losses and can be confident that they will get back hard currency. But many companies and banks will suffer severe losses, because their debts remain in  hard currency, but often their assets are in the periphery. Some of them will be insolvent.

So a huge bailout will be necessary once again to save the economy from collapse. The more countries exit the Euro, the more expensive it becomes. For the whole Euro area, the total cost will amount to trillions of Euro. The cost will also affect government budgets for a long time,due to the large additional interest burden.

Strong states – Germany, for instance – might even incur larger losses. This happens, paradoxically, because a lot of money has flowed from the peripheral countries to German banks in the past months. This money now constitutes deposits in the banks. In the Euro zone (the so-called “Target II” system), this deposit is first paid by the central bank of the bank’s home country – in Germany, the Bundesbank. In return, the Bundesbank holds a claim against other central banks. If the Euro zone dissolves, this deposit will be worthless. At the moment it amounts to approximately 500 billion Euros for Germany alone. The Bundesbank might not need a bailout to stomach these losses but it would lose several years’ profits and could not pay any dividends to the government.

In general, as history shows the dissolution of the Euro zone is not going to be easy. In recent decades, monetary unions have only been dissolved without major frictions in socialist countries, for example the Soviet Union or Czechoslovakia.

In a market economy, a Euro exit will cause a total loss of confidence, at least initially. That loss of confidence alone will damage the economy. It is therefore important that the government uses sophisticated PR and emphasizes the unity of the European Union. Chancellor Angela Merkel should blame financial markets and speculators for the end of the Euro. The heads of states should declare the EU to be a “Peace Union,” which would give Europeans a stronger position in international negotiations and thereby in pursuing the interests of European states. A single currency is not necessary for this.

So what are we going to tell Lord Wolfson? A Euro exit is really difficult and expensive but it is possible. Whether the reform pays off in the end depends on how one estimates the costs of rescuing the Euro. One thing is clear: the currency union appears doomed and we must start searching for alternatives.

The call came from the UK: Who can devise the best concept for an exit from the Euro? Lord Simon Wolfson, a British peer and former manager of a number of large British companies, has promised £250,000 for the best idea. The deadline is 31 January 2012 and the prize will be awarded by a jury of distinguished scientists.

We are not taking part in the competition. However, we have made a serious attempt to propose a feasible way out of the euro, leaving aside the question as whether an exit is desirable. Many people have given us advice: Hans-Peter Burghof (University of Hohenheim), Kai Carstensen (Ifo Institute), Andreas Fischer-Appelt (FischerAppelt), Paul de Grauwe (Catholic University of Leuven), Sascha Haghani (Roland Berger) Dirk Müller-Tronnier (Ernst & Young), Andreas Pfingsten (University of Münster), Joachim Scheide (IfW Kiel), Helmut Siekmann (Frankfurt University) and Hans-Joachim Voth (Universidad Pompeu Fabra, Barcelona). We would like to thank all of them and others who are not named for their assistance and support.

And we would like to thank Adam Cleary for helping us with the translation.