Never Waste a Good Crisis: We heard this sentence often in the subprime crisis, but we rarely hear it today. It seems time to call it into memory. 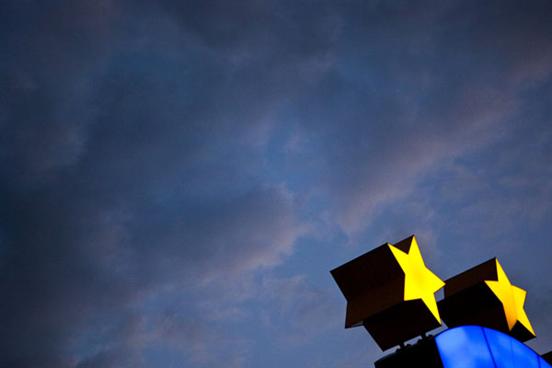 Do you remember? At the height of the Financial Crisis, when banks in the United States, Great Britain and elsewhere were on the brink of bankruptcy, we often heard the famous sentence: Never waste a good crisis. It is a shame that we seem to have forgotten it.

On Thursday and Friday, the EU summit once again discusses how to deal with the Euro crisis. Outside of Germany, people seem to wonder why chancellor Angela Merkel and many of the Germans do not want to give more money for the resolution of the crisis – at least not until reforms are established. But a look back to the Subprime Crisis shows a lot about the reasoning in Germany.

When the Subprime Crisis struck, governments rescued their banks with billions of dollars. Today, we are some years older but not much better prepared for the next crisis. Some banks have been closed. But many regulatory initiatives got stuck, others are hard to understand for public opinion, and the Volcker rule restricting banks from proprietary trading was not yet in force when J.P. Morgan lost billions of dollars last month. In public opinion, the subprime crisis surely has been wasted.

Now what about the Euro crisis? The solvent Euro countries and the IMF have given billions of money. But giving money is only a short-term solution to the crisis. If we want to prevent an Euro crisis from happening again, structural reforms are necessary in some of the peripheral countries – such as Greece, which is number 100 in the World Bank’s “Doing Business” ranking. Banking reforms are necessary in other countries such as Spain. Institutional reforms are necessary in the the European Union in order to prevent crises like these from happening again. You can opt for giving sovereignty to the EU or giving full responsibility to member states, but something has to happen.

Such reforms are hard, painful and difficult to manage – they are even harder than tighter regulation for banks. So there is a large danger of forgetting these reforms once the crisis has calmed down with the help of money. If this happened, the Euro crisis would have been wasted, just like the Subprime crisis.

So we don’t need to be surprised that Germans lose their inclination of giving money. At the beginning of the crisis, most of them were in favor of helping out Greece. Today, they are not. This is a well-known psychological effect: People do give money – as long as they get the feeling that their money really helps. This feeling is already lost.

Today, money has been thrown at this crisis for more than two years, and the necessary reforms don’t seem to be underway. Instead, many signs of wasting the crisis are already apparent. Some European countries – and many anglo-saxon economists – want a lot more money to be spent before the European institutions are reformed. Spanish Prime Minister Maiano Rajoy insisted on getting the money without noteworthy conditions, thereby prompting the new government in Greece to start renegotiating about Greece’s reforms.

If the pressure for reforms is released now, there is a big danger of wasting this crisis – and getting similar problems or even larger ones some years ahead. This should not happen. There is still time for reforms. Europe is not as near to the collapse as some people fear – in general, people are the more worried the further away they live from Europe.